Abigail Spears has an extensive background as a professional tennis player and her goal is to share her success with you! Learn more about her major achievements and her exciting journey in tennis.

Hi! I’m Abigail Spears, and I’m here to help you be the best tennis player you can be – even if you don’t think you have any talent!

Most people would have told you I never could be a top 10 player.

Most people would have told you I never could play on the professional women’s tour for more than a year, let alone 20 years.

Most people would have told you I never could make a great living traveling all around the world with tennis.

Yet I managed to achieve all those things!

I did it thanks to hard work and dedication, but also thanks to the coaching, insight, and advice of countless tennis coaches, fitness coaches, sports psychologists, and mentors who helped me along the way.

And I’m here to pass on everything I learned from them to you – so you can achieve all your tennis goals too! 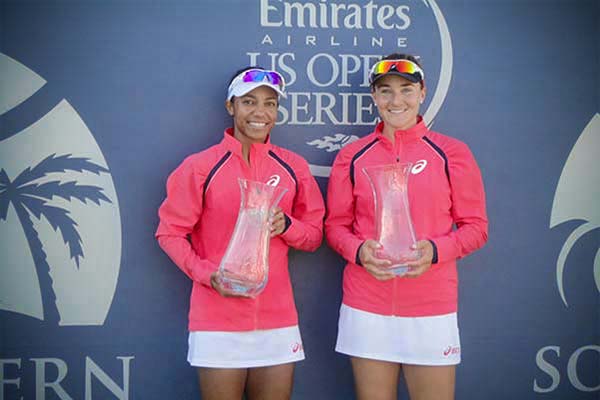 My career highlights include...

How I got started in Tennis

Being from San Diego the city had its perks and I was an active kid.

I stumbled upon tennis while my parents were playing around on a public tennis court waiting for an outdoor racquetball court to open up.

The coach running the junior program at the Junior College happened to see me hitting a tennis ball with a wooden racket into the back fence by myself and told my parents I had “potential.”

My parents laughed and thought as most parents do that he was after their money.

At the time the only sport I was involved with was soccer.

My parents weighed the pros and cons of the two sports, they gave me the choice to try tennis which I did.

After playing both sports for a couple of years they then asked me to choose one. 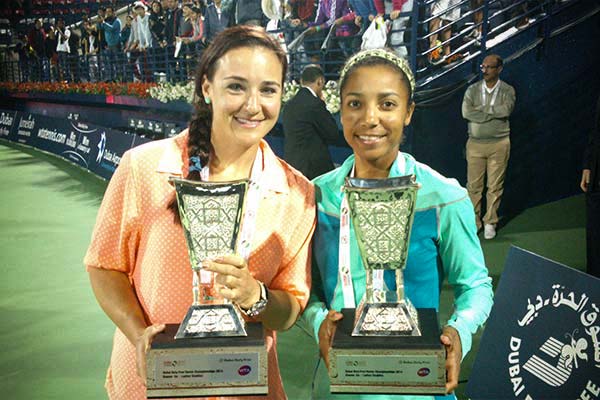 Previously in soccer, I had to run all over the place which I didn’t enjoy, but tennis was different.

It was a shorter field, I really enjoyed seeing my opponents run and chase the ball – to me I found that hilarious.

As long as they were running and not me I felt like I could really enjoy this sport.

As an introvert I loved the time to myself and being allowed to take charge and do what I wanted on the court, I had more control of my destiny.

Both my parents worked hard and my father helped out with the budgeting at the tennis program and overseeing the workouts the kids were doing to help compensate for lessons. 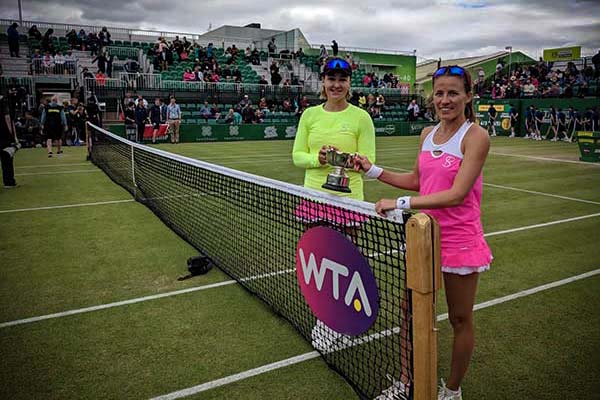 [Doubles partner Ala Rosolska and I winning the championship at the 2018 WTA Notingham, UK tourney]

My road to earning a College Scholarship at UCLA

My parents drove me all over Southern California to get to countless tennis tournaments, matches, and practices while I moved up from each division.

We didn’t know that I would be playing Serena Williams as a 10-year-old in the finals of my first Sanction Junior tournament at Los Caballeros.

And we didn’t know that I would be top ten in the nation for singles and number 1 for three consecutive years in doubles or that a College Scholarship would be in the future to UCLA.

It started as a game, it was always a game but it was hard work and sacrifice and dedication as well.

Tennis for girls is such a great opportunity because of title 9 and I’m blessed to have had the encouragement from my parents to go after my first real big dream of going after a scholarship to UCLA.

I saw my goal become more attainable with each year, and really pushed to get better to reach it.

By the end of my high school senior year, I was considered by some of the top colleges.

I had an interesting recruiting trip to UCLA which instantly caused me to bond with the team and coaches.

After that trip, it was a no-brainer. I was on the path to my first year under Stella Sampras and Rance Brown who are both still coaching at UCLA now. 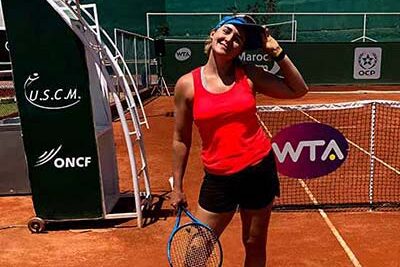 Taking the leap to turn Pro

My first year at UCLA was exciting but not exactly how I imagined it. I had a great school, a great team, and great coaches.

I learned about patience during my play, how to hit the ball with consistency and how to do regimented training with my teammates.

I worked hard but was only as high as number 4 on a team of 6 in singles and worked up to be the number 2 player on our doubles team.

I was encouraged by my college coach that although it was a super average year with little statistical achievement, I would rise the following year to be on the number 1 doubles team and possibly number two singles in the lineup.

I left that year excited to return as a sophomore with the motivation of being playing higher on the team.

That summer my coach suggested I play in a couple of ITF tournaments to stay active and that it would be beneficial to compete against other college athletes and pro players.

After winning one tournament and making the semi-finals in the other, I realized I could compete at a higher level and I had the confidence in myself to follow my own path.

After my first year at UCLA, I made the hardest decision of my life. I decided to turn pro, having nothing on paper to suggest I should.

I did it anyway. I weighed the risks of it all and I found myself realizing that my love for competing had to be tested.

It had to be proved to me that I couldn’t make my dream work. Well, I proved that my dream could work!

With the help of those I love, and who helped and sacrificed for me I am, essentially “living the dream”.

I took a huge risk by turning pro way back in 2000 because most people would have told you I wasn’t a “pro-worthy” player.

I played two ITF tournaments in the summertime for practice and won one and made the Semi-Finals of the other.

I felt the love for competition so strongly and the pull to back myself against some great odds against me.

Most people would have told you I never could get a scholarship let alone win a Grand Slam.

Most people would have told you I never could make a great living traveling all around the world with tennis. 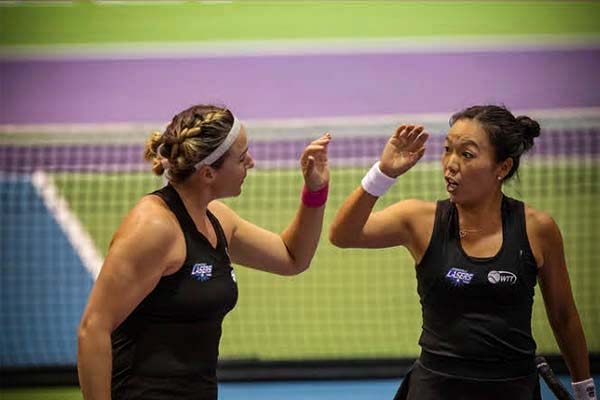 [Teammate Vania King and I during an intense match in Springfield, MO for the 2018 World Team Tennis finals]

Tennis is a game, it’s also a pathway to opportunities, it offers education, it offers a career. One I am grateful for to this day and hope to continue onwards and upwards in this great game I love.

Competing on the road gave me the blessing of seeing the world. I now enjoy Colorado as home but always appreciated competing and traveling abroad.

Hiking, camping, biking, rollerblading, kayaking, these outdoor activities are what keep me balanced as an athlete and active and looking towards the road of competition on tour.

There are so many ways that I can give back to the sport of tennis and I believe I can help others achieve their dreams and goals in this great game that I’ve learned so much from.

Get expert tips to improve your game today! 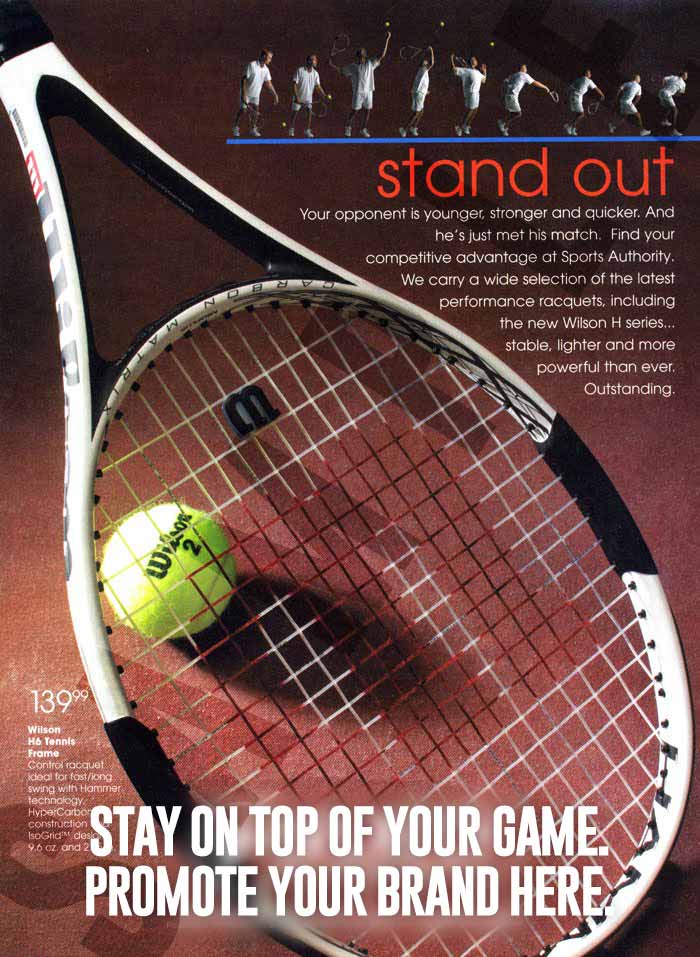 Advertise your brand message up to 60 characters right here!
Become a Sponsor